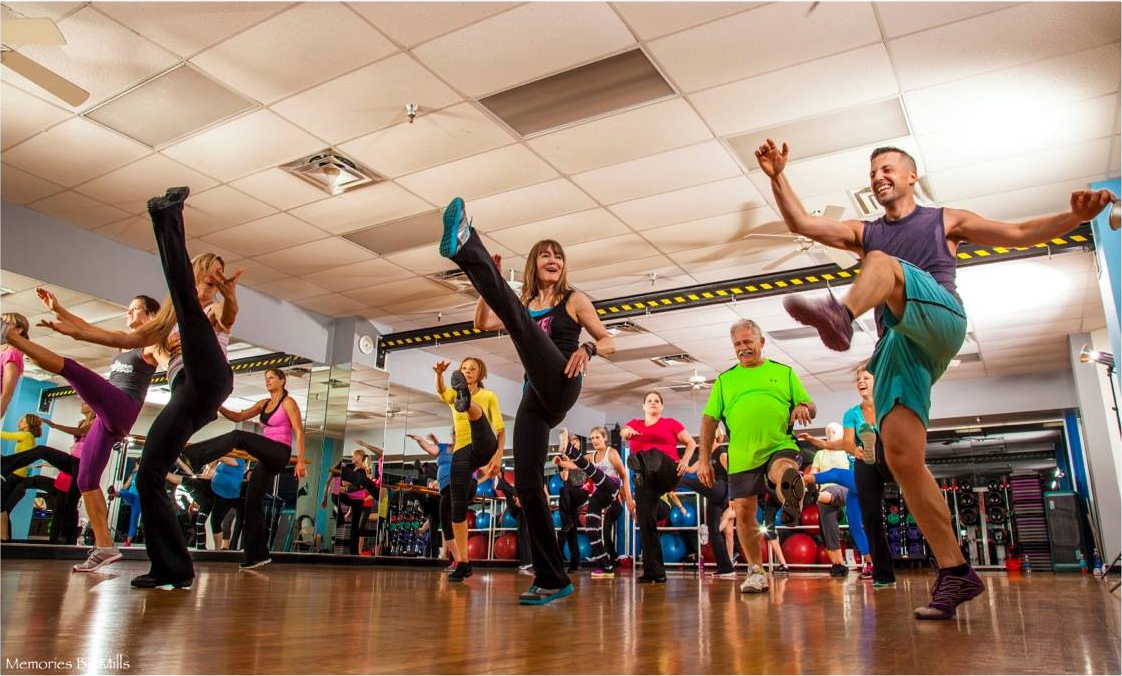 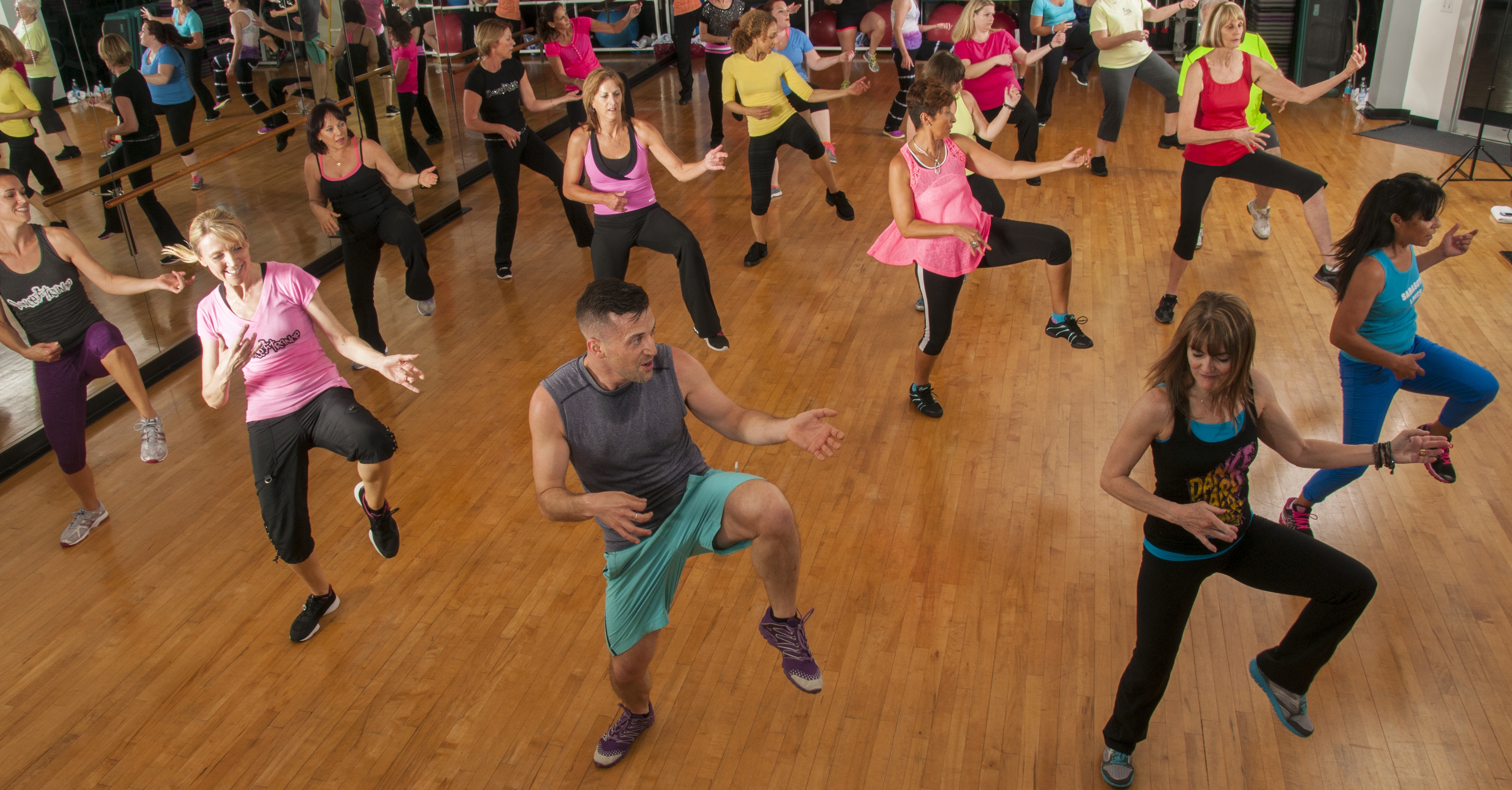 Schedule
About Us
Other Locations
Instructors

SCHEDULE AT THIS LOCATION:

Call (941) 366-6778 for the latest fees and membership special. First visit is free with Florida driver’s license

The Sarasota location was the second to open nationally. Sandi Cauley, the current director of DT Richmond started her first class at this location. Melanie Morrow started direction of this location after Sandi moved out of state. She has grown DT Sarasota to now include three jamming locations that are packed daily with students that can’t get enough of this class!!

If you are looking for a new and exciting workout you have found it! Dance Trance was created in 1986 by Jay & Beth Handline. Presently, Dance Trance locations are rapidly popping up around the globe via our Dance Trance License and Certification program. Jay & Beth presently teach Dance Trance classes at the Jacksonville, Florida location. Their program is unique because all studios share and maintain the same choreography. This keeps the music and combinations fresh and alive at each studio. At all locations each class is packed and full of energy because of the variety and music selection this tight network offers. We appreciate your interest in our unique program, and we hope you enjoy your experience.

Other Locations in Sarasota:

Instructors Bios:
Melanie Morrow ~ Director of Dance Trance Downtown & Dance Trance South
Melanie began her dance career in her hometown of Burlington, Vermont at the age of 4. Instructors at the Movement Center taught Melanie Jazz, Modern Dance, Tap and Ballet. As both she and her dance experience grew, Melanie began teaching younger students and participating in traveling dance productions at nearby schools. Around age 13, Melanie traded in her dance shoes for cleats and took to the soccer fields. But after moving to Sarasota in 1994, Melanie again found herself looking for something with a beat. It took one Dance Trance class and Mel was hooked, “It is what I was looking for, it is up to date, fun and challenging and I jumped at the chance to help teach.” Melanie is now running the Dance Trance program in Sarasota.

Joey Panek – Director Dance Trance Midtown
Joey Panek started dancing as a “chubby eight-year old” and hasn’t stopped. Growing up in Syracuse, NY, he was active in local community theater most of his childhood and teen years, beginning with tap dancing lessons.  He moved to NYC at the age of 19 and began working as a professional stage actor, touring the country in national tours and performing in regional theaters in such shows as A Chorus Line, Hello Dolly, 42nd Street, The Full Monty, Evita, Little Shop of Horrors and many others.  He toured Italy dancing in a production of West Side Story. While working at a theater in Sarasota, Joey tried his first Dance Trance class and was quickly hooked.  “I started with a Breakdown class and then couldn’t wait for the next one.  I loved going to the regular DT classes and challenging myself to pick up the routines on-the-fly.  It was great practice for dance auditions!”  Joey remained an enthusiastic student in Sarasota for two years, before accepting a theater job in Jacksonville.  After taking class with Jay & Beth for six months, Joey purchased his franchise license and became the first traveling DT franchise.  “I taught in every city I worked in.  Whenever I’d take a theater job, I’d find a gym or dance studio and set up class!”  In Spring of 2010, Joey made Sarasota his home and, with the help of Director Melanie Morrow, brought Dance Trance into an additional YMCA location.  “It’s the best thing I’ve ever done. I love teaching this class.  It keeps my mind and my body healthy.  And I love the way this program helps forge friendships.  Our students don’t just take class together… they enjoy each other’s company.”

Candace Sweeney – Dance Trance Instructor
Candace attended her first Dance Trance class in 2006 based on a friend’s recommendation, and she was immediately hooked. She got chills several times during that first class because she knew she’d found what she’d been searching for…an outlet for her love of dance. She started taking nearly every DT class offered in Sarasota, and later, began taking lessons in ballet, jazz and hip-hop. She says, “Dance Trance has changed my life! Not only am I in better physical shape than I’ve ever been, but the dancer in me has been awakened and I know now that dance will be a part of my life forever. I’m so excited to be an instructor! I hope that by doing this, I can share with others the incredible joy that Dance Trance, and dance in general, have brought to my life. I would also like to encourage even those with no dance experience to try this class. It’s never too late to try something new!”

Courtney Denkin – Dance Trance Instructor
After many years devoted to dance, fitness, and teaching (usually independently of each other),  Courtney says it is an honor, a privilege, and an absolute thrill to be working in a program that combines all three so beautifully! She happened upon Dance Trance in 2007 while looking for something new and fresh; it was love at first step. Prior to becoming an instructor, she would often help students build confidence with the program by showing tricky combinations and steps in between songs. Outside of class she is an artist with her own studio and aids with a local high school art department as well as an avid martial arts student.

Vicki Cooley – Dance Trance Instructor
Vicki began as a Dance Trance student over 8 years ago. She is passionate about bringing a fun, welcoming, and super-charged workout to the dance floor.  After raising 3 children and making a living as an artist for 30 years, Vicki is thrilled to have Dance Trance as an energetic and creative outlet.

Sandy Perkins – Dance Trance Instructor
Sandy Perkins’ love for dance began in the 1990s after taking her first line dance lesson. Line dancing led her to learn two-step, swing, and ballroom dancing in San Diego, CA. But after starting a family and moving across the country Sandy searched out a new venue for dance and found Dance Trance in 2014. She started taking 1 class a week but it didn’t take too long before she was attending almost every day. Sandy was asked to fill in as a substitute instructor when one of her instructors was planning to go out on medical leave. “It has been an honor and a privilege to support a program I feel so strongly about. We have a large Dance Trance community and I’m willing to do whatever I can to keep this wonderful program going. Dance is not only great for us physically but emotionally and spiritually as well. We get to connect with the music and with each other and I can’t think of a more enjoyable way to get a great workout. My life feels more fulfilled with dance as a part of it.”